Quests/The Sword And The Bone

To Start: Talk to Elsie

1. Speak with Elsie she asks that you head to the Eastern part of the sewers and deal with the nasty skeletons there. 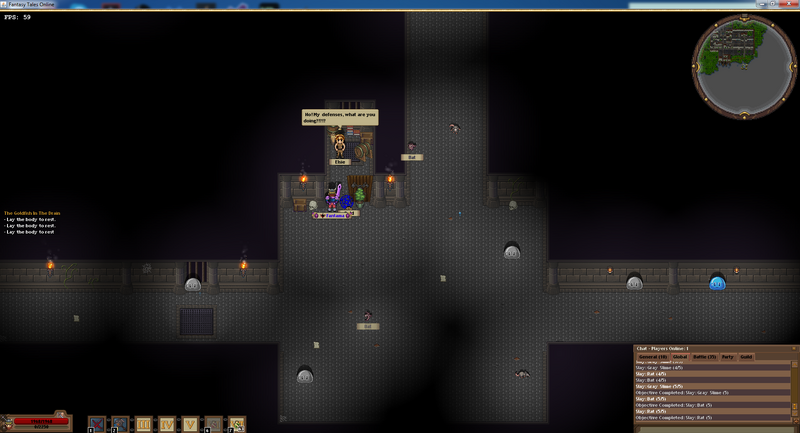 2. Head to the eastern part of the sewers until you come across a group of skeletons that are hanging around a sewer passage. 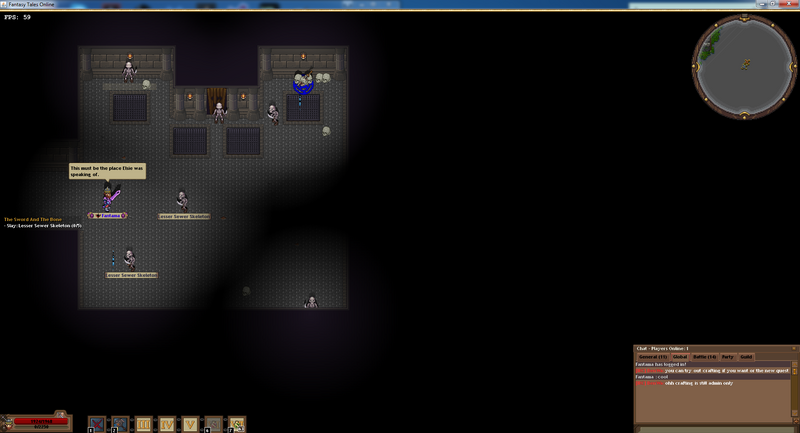 3. Slay five skeletons and activate the door mechanism "the sword in the skull". 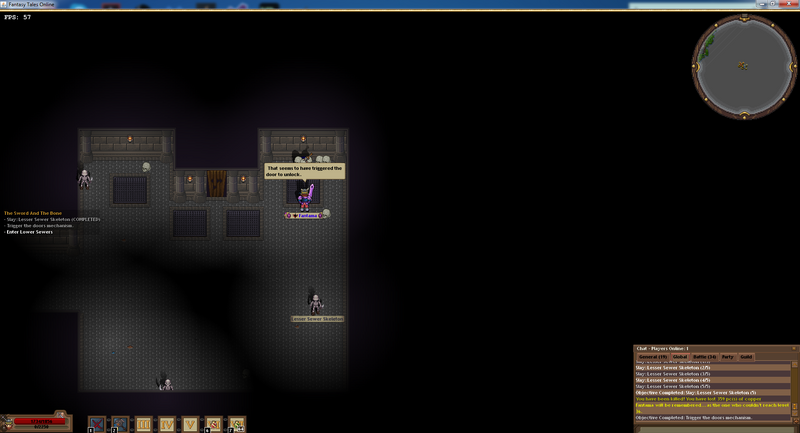 4. Head in to the "Lower Sewers" and make your way past the multiple dungeons until you finally get to the point.

Note: You must get through three randomly generated dungeons to get to this point. 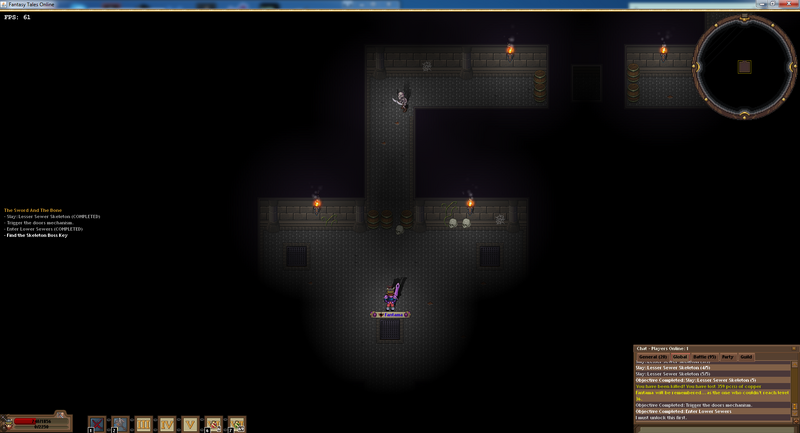 5. Follow the path until you get to the next room. Which is set up like a maze. The "Skeleton boss key" is found on the left hand side as marked in the second picture. 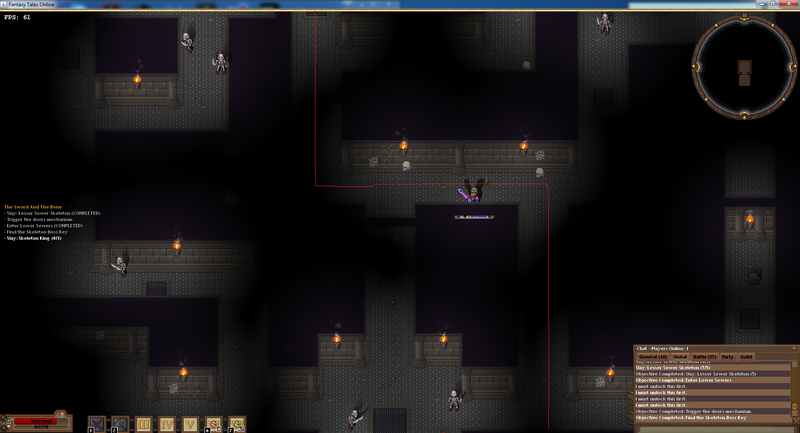 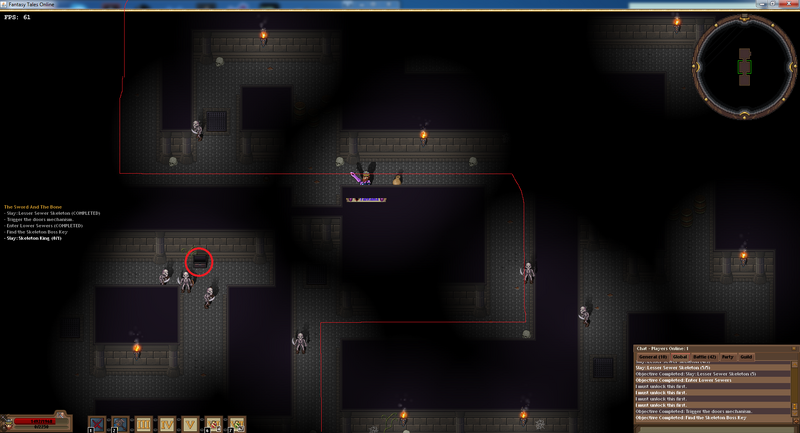 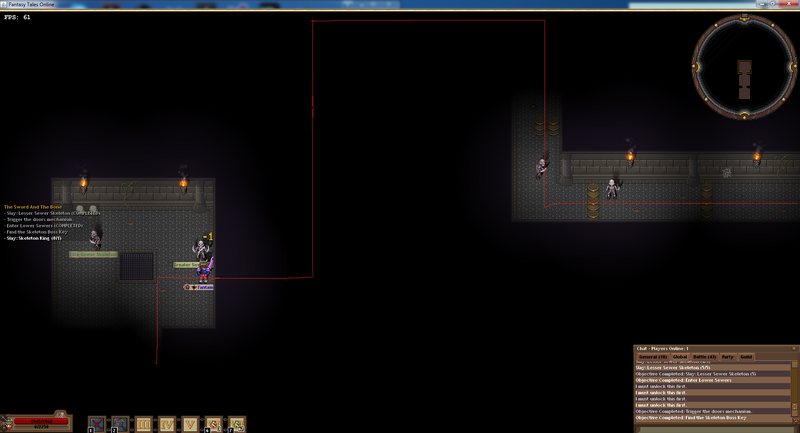 6. At this point its a pretty straight forward path to the boss room.

Note: Make sure to use the traps to your advantage. 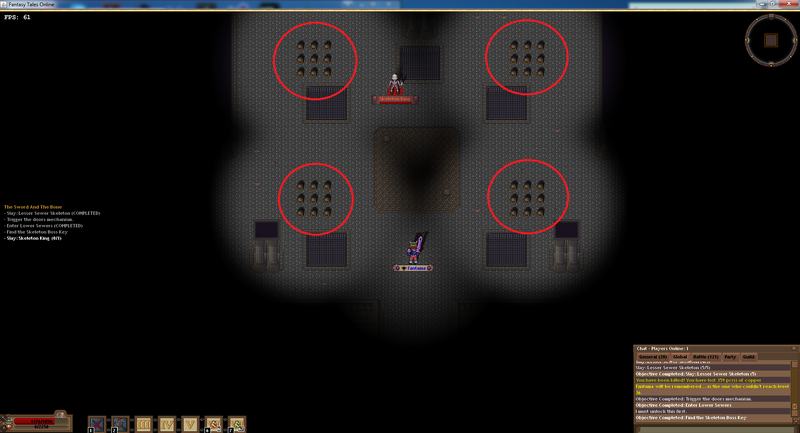 7. Once you have slain the Skeleton King return to Elsie to finish the quest.