To Start: Talk to the Spectre

1. Talk with the Spectre he tells you of a secret passage to the treasure room where you must defeat the Bandit Boss Grim 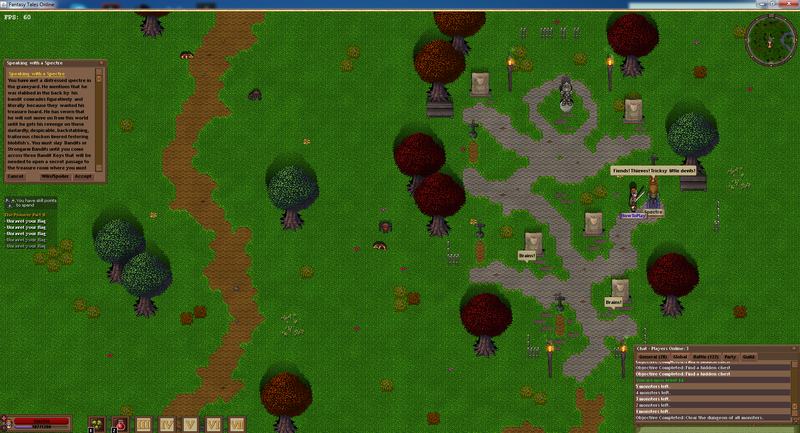 2.Starting at the graveyard head north towards a cave, inside of the cave will be the "Dungeon Entrance" and Bandits so you can collect three keys. 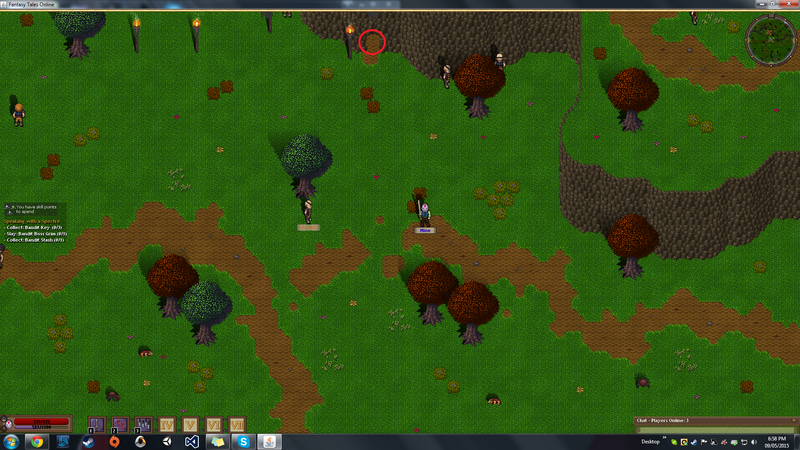 3. Kill the Bandits until you collect three keys then enter the dungeon. 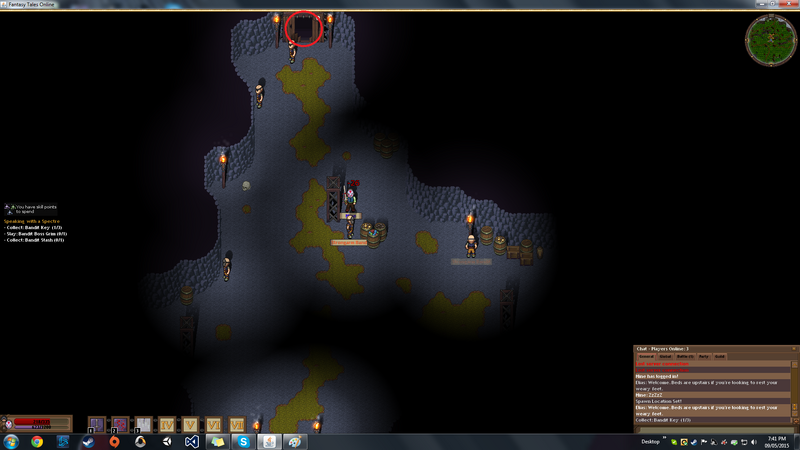 4. Complete the dungeon by killing all the monster "Or by running past them", then kill Bandit Boss Grim 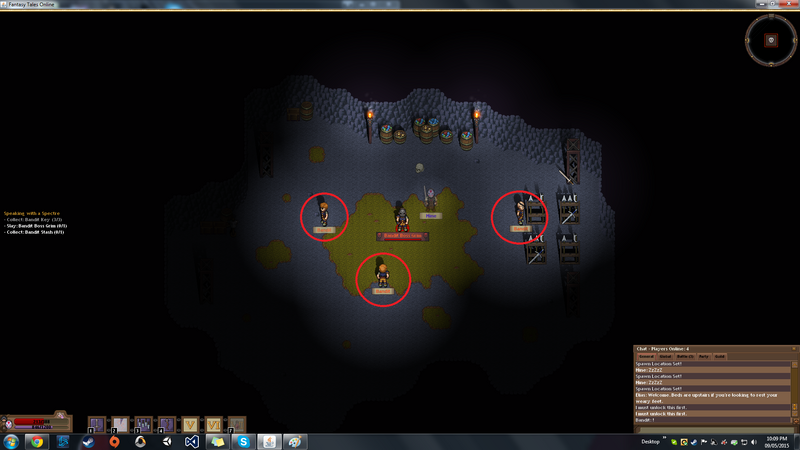 5. Once you have slain Grim and collected the "Bandit Stash" return to the Spectre to complete the quest.